Some passing thoughts on today’s lectionary

Proverbs 14:30 – 31 “A sound heart is life to the body, but envy is rottenness to the bones. He who oppresses the poor reproaches his maker, but he who honors Him has mercy on the needy.”

I take these verses from this morning’s lectionary reading, for the Monday of the fifth week of Lent. We now find ourselves in a rather sticky situation, beset on every side by isolation, deprivation, and for many, loneliness, all arising from the current distress of the coronavirus. I’ll not comment, at least at the moment, about the wisdom of what our government has done in handling this crisis. What I want to focus on is that we are in the midst of great Lent, and have been given several things that we should focus on during this period, namely prayer, fasting, and the duties of charity, though of course we should always focus on them.

Great Lent exists, inter alia, so that we might renew these virtues, that we take the 40 days of Lent and discipline our souls anew, reinvigorate in it as it were, the principles by which we should live. Verse 30 begins with the notion that a sound heart is life to the body. In this verse what is meant by a sound heart? It has nothing to do of course with the organ that pumps blood through our physical bodies. Instead, what it means is illuminated by the second part of the verse, namely that envy is rottenness to the bones. Thus a sound heart is the soul of a man that is given to virtue, piety, and–it seems above all–to charity.

There is of course the notion that envy is the thing which distracts our minds from our own selves and our own needs. We become fixated upon the possessions of others to the neglect of our soul. Too often envy has little to do with what we actually need. I can have a full belly, a warm home, a place to lay my head, and even some of the better things of life, such as books, a full pint of Ale, or a nice, neat glass of Scotch, but then look at my neighbor, who may have a better label of Scotch, or even a few more books, and thus become envious.

The sound heart on the other hand looks at these things and realizes there is no need for them, that what is necessary is already possessed. Life does not consist in what we possess, says our Lord. So a sound heart, from this verse, juxtaposed with envy, is a heart that is satisfied, self-sufficient, and in need of nothing. 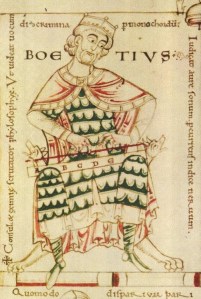 This is, as we see in The Consolation of Philosophy, what happiness is. For Boethius, happiness is to be like the deity, that is in need of nothing. When I need nothing, I have come to the state of apatheia, the state most prized by many of our monastic fathers, when extraneous goods have no hold on me.

These things  are no evils in and of themselves, and the possession and use of them (within moderation) are not the question, but whether I think that my life is actually wrapped up in them.

And so we come to the second verse, “He who oppresses the poor reproaches his Maker, but he who honors Him has Mercy on the needy.” How do we oppress the poor? There are of course many ways that this can be done. First and foremost we can take from them the meager things that they have, but I don’t think that this is the point. Seldom do those who have envy those material things which the poor have. They certainly can, of course, but seldom to people who have a Lexus wish they owned a ten-year-old Sentra. What can be envied is that the poor are those who are also sound of heart, so it is not so much the Sentra that is desired, but a life that takes no care for status. 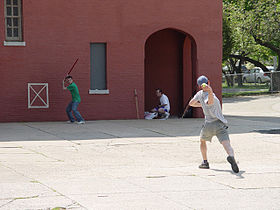 I grew up with little, and seldom did I have new things. What I did have were often hand-me-downs from my older brothers, however ill-fitting they were; and I had three younger brothers, who were often heirs of my clothes. This was how life was, and the other things of life my parents made sure we had, such as food and a home. What we possessed in abundance was time to play, chiefly a form of baseball that we called stickball, though it’s not what is normally meant by that.

That these were my possessions as a youth was all made clear to me some years ago when a check came from a lawyer who had settled my parents estate. It was not for very much, but it brought tears to my eyes. Not because the amount was small, but because of the realization of what the true inheritance my parents had bequeathed, something that could not be measured in economic terms. It was instead the life I had with my brothers, the faith that my parents instilled in me, the disciplines of hard work and whatever skills my dad passed on to me as a carpenter, and the memories that had helped shaped who and what I am,. These things, the happiness of a life lived within a sound family, can be often envied by those who do not have them. But again harkening back to Boethius, we can see that that which cannot be taken away from us is what we truly own. Because such things as the Faith that my parents instilled in me, the formation of my character, the love I have for my brothers, and the friendships which we share, cannot be taken away, these are the things that we truly have that are truly ours.

And so looking back at that verse, I think that the oppression of the poor has to do with those things that are not truly ours, namely this world’s goods as St James calls them, which we think are ours, but truly aren’t, which we then hold back from the poor. The things that we absolutely don’t need are the things that we are called then to divest ourselves of so that they don’t have a hold on our lives.

Such things then are not what we truly own, but those things that we merely possess. If we hoard these things, if we keep them from others, then we have oppressed the poor. And by our doing this we have said that these things are more important than our neighbor who has been made in the image of God. That which we should truly value, our neighbor made in the image of God, we have neglected. 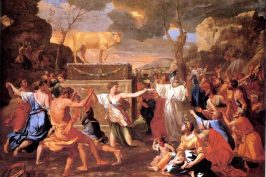 And thus we can see why Saint Paul calls covetousness idolatry. Frequently we link idolatry with the worship of nullities or demons through images and the rites that are associated with this, which in the Old Testament and in the ancient Pagan world always included sexual immorality. But here St Paul, and I think Solomon in these Proverbs, are looking at something in a bit of a different key. If we honor God —  what the last part of verse 31 alludes to — we have mercy on those in need who are made after his Image. This is what Lent calls us to do, to reorient how we think about our neighbor and how we think about the poor and how we think about our own possessions.

Having said all that, I should note that we are obligated to make sure that our children are taken care of, and that we should not impoverish ourselves and leave our children destitute. Charity begins at home, the home is the little church. We see in Proverbs that a righteous man leaves an inheritance to his children’s children. And while wealth itself is no evil, it certainly can be the occasion for it. While certainly material wealth is in view in leaving an inheritance to our children’s children I think the real inheritance lies in whether I have passed on my parents’ Faith to my children, be they my daughter, or to my godchildren.

I wish all you the readers of this essay well, and I pray that we are soon delivered from the consequences of this present distress.
Through your prayers,
Cyril

Professor of History
View all posts by Gary Cyril Jenkins →
This entry was posted in Uncategorized. Bookmark the permalink.